Honoring the life and legacy of Jim Merrill

Jim Merrill, one of our founding board members and a true giant in the life of After the Harvest, recently lost his battle with COVID-19 on Sept. 22, 2021. He was 74.

After the Harvest will long remember Jim. Though quiet in his demeanor, Jim brought good humor, strength and determination to ATH from the very beginning.

He truly believed in our mission and shared it with his entire family, engaging them in our work to the point that we named a volunteer award after the Merrills  – The Charlotte Merrill Distinguished Family Award  – given annually at our Volunteer Awards ceremony to recognize a special family whose members join together to support After the Harvest.

“He was a humble, kind, caring soul whose impact on our community is as great as the hole his passing has left for those of us who knew him.”

Jim served on our Board of Directors from 2014-2020. He served as Board President in 2016. He was on our original VEG Squad, gleaning regularly, and was always willing to lend a hand.

His son Matthew followed in his father’s footsteps, serving on our board since 2017. His daughter Elizabeth and her former husband and chef, Michael Moyes, prepared gourmet banquet spreads at ATH fundraisers, and his wife Ellen helped with décor for our fundraisers, creating beautiful banners, and painting pots and growing basil in them for our Greens&Jeans events.

After the Harvest will partner with the Giving Grove to plant a fruit tree at the Kauffman Foundation in memory of Jim Merrill. The fruit of the tree will be picked and given to people in the area who may be food-insecure, so that even the memory of Jim Merrill will give food and hope to hungry people in Kansas City.

Jim served as a leader on After the Harvest’s board for six years. As board president he set the bar high for strong leadership at ATH where he and his family have tirelessly volunteered and continue to support the organization. Jim’s son, Matt, remains on the board.

Last week, we celebrated Jim’s life and legacy with the planting of an Arkansas black apple tree at the Kauffman Foundation’s raised-bed community garden and orchard managed by The Giving Grove, a longtime ATH partner.

Rob Reiman, Executive Director of The Giving Grove, said that Jim’s tree will produce nearly 30,000 pounds of nutritious apples in its lifetime to support families who live in the food desserts nearby. He then read a poem “Advice from a Tree” before allowing staff, former board members and family to share thoughts and memories about Jim.

Jim’s celebration of life will be held on October 23rd.

In his final act of charity, his family has asked that “in lieu of cards and flowers, consider donating to Jim’s favorite charity, one which he co-founded, After the Harvest. After the Harvest was extremely important to Jim and a big part of his life.”

To make a donation to After the Harvest in memory of Jim Merrill, click here​. 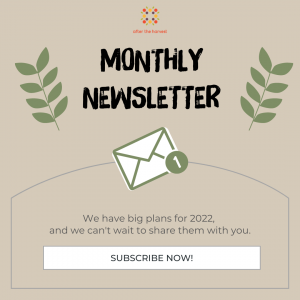 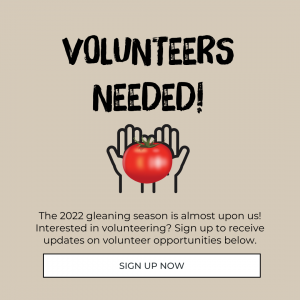